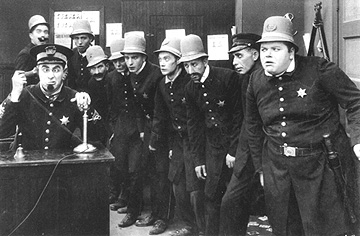 The ELARC states that the primary responsibilities of their executive board are:

Not stated above, but required by law, is that the executive board must approve all litigation initiated by or involving the regional center; this includes the payment of attorney's fees.

We believe that the ELARC Executive Board has failed to meet its responsibilities under the law in at least two primary respects. First, in its review of the ELARC director, Gloria Wong, the Board has apparently ignored the fact that the Regional Center has had a budget deficit during the entire time that Ms. Wong has been in office. The Board has also apparently ignored the gross mismanagement of consumer cases and the IPP process (IPP Fraud at the ELARC). Second, the ELARC Board has authorized the use of taxpayer funds for attorney representation in matters involving families seeking services for their children. These are cases where rarely, if ever, can families afford attorney representation. The most egregious of these cases is described elsewhere (see Judge Scathes ELARC).

How can a board that is supposed to be composed of consumers, parents and concerned members of the community not act in the best interests of our children? The answer is two-fold. First, over the years, we believe that the entrenched administration has loaded the Board with cronies. Second, a number of parents have seen the Board as a means for securing services for their own children at the expense of the general good. For example, Board member and past Board president, Matthew Guglielmo, has used his influence to assure that his daughter remains at the Fairview Developmental Center. Without Mr. Guglielmo's intervention, his daughter, like so many other consumers, might be placed in a substandard community placement. Another example, past Board member Norman Fulco, who awaits rejoining the Board as soon as the law permits. Mr. Fulco has used his influence to assure that his daughter remains at the Lanterman Developmental Center. Other parents may simply use their position on the Board to obtain special services, more respite hours, etc.

This wouldn't be the first time that members of an organization disagree with the policies or performance of a corporate board. The remedy? Vote in a new board! Simple enough, except in the Byzantine world of the California Regional Center system. Bizarre as it may seem, a regional center board is not elected! The board appoints its own members and, under the Lanterman Act has only limited accountability to the State of California. Under the Lanterman Act a board can be removed only under the most extreme circumstances. There is far more accountability and democracy in the typical California homeowner's association board (whose members are elected by the residents), than in a regional center board.

We sincerely hope that by bringing the ELARC situation to light, that members of the Board will live up to their legal responsibility and clean house at the ELARC -- for the benefit of all our children.

Your experiences and opinions may differ from ours. We encourage you to post your comments on the elarc.net™ Message Board.